Title: Lee Selby
Material: Art Print 260 gsm
Edition: Limited
Size: 17.5" x 24"
Special Offer Price: £75
Framed Price: £275
Original commissioned by St Josephs Boxing Club
Lee Selby (born 14 February 1987) Has held the IBF featherweight title since 2015, and previously the European, British, and Commonwealth featherweight titles between 2011 and 2014. As of May 2017, he is ranked as the world's third best featherweight by the Transnational Boxing Rankings Board, fourth by The Ring magazine, and fifth by BoxRec.
This Art Print captures Selby amidst the Welsh flag with his hands raised and on his way to defeating Evgeny Gradovich. 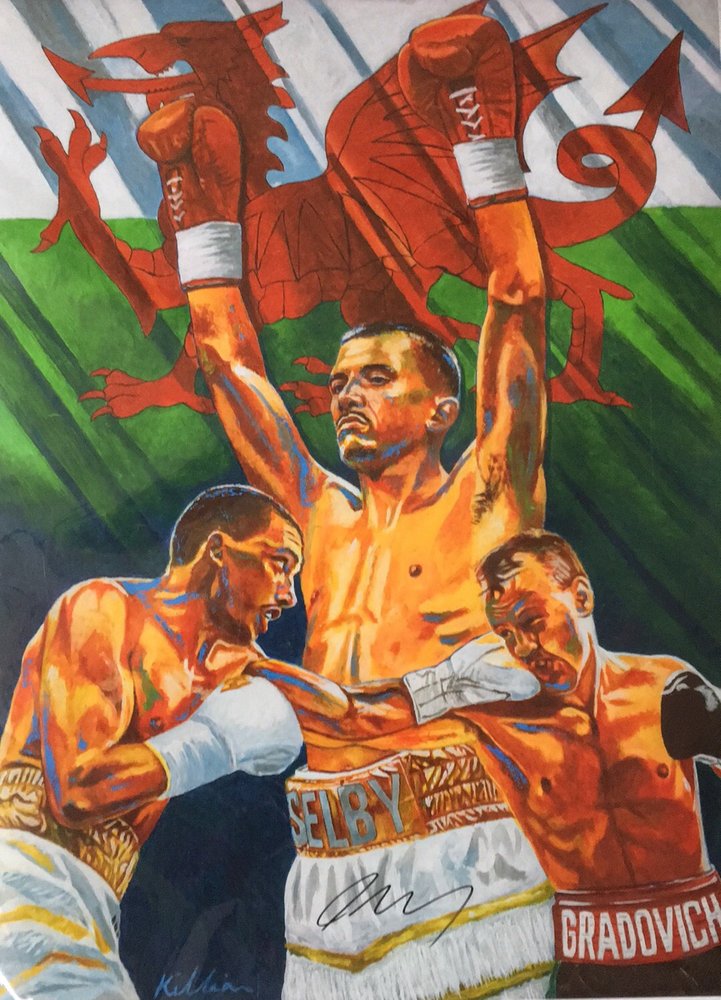 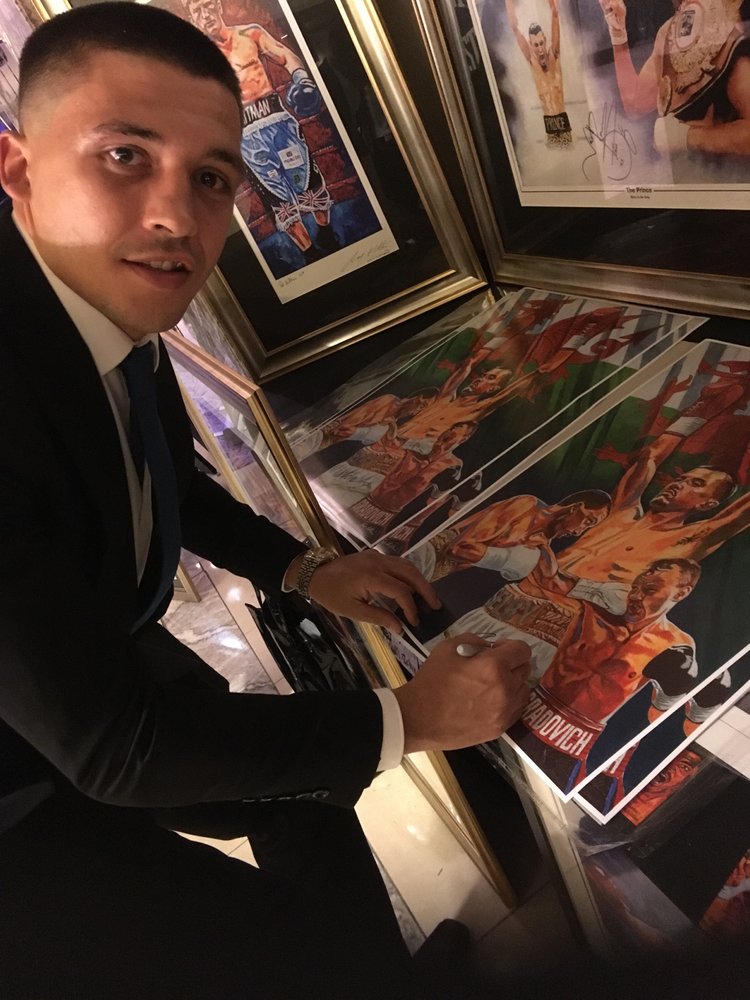 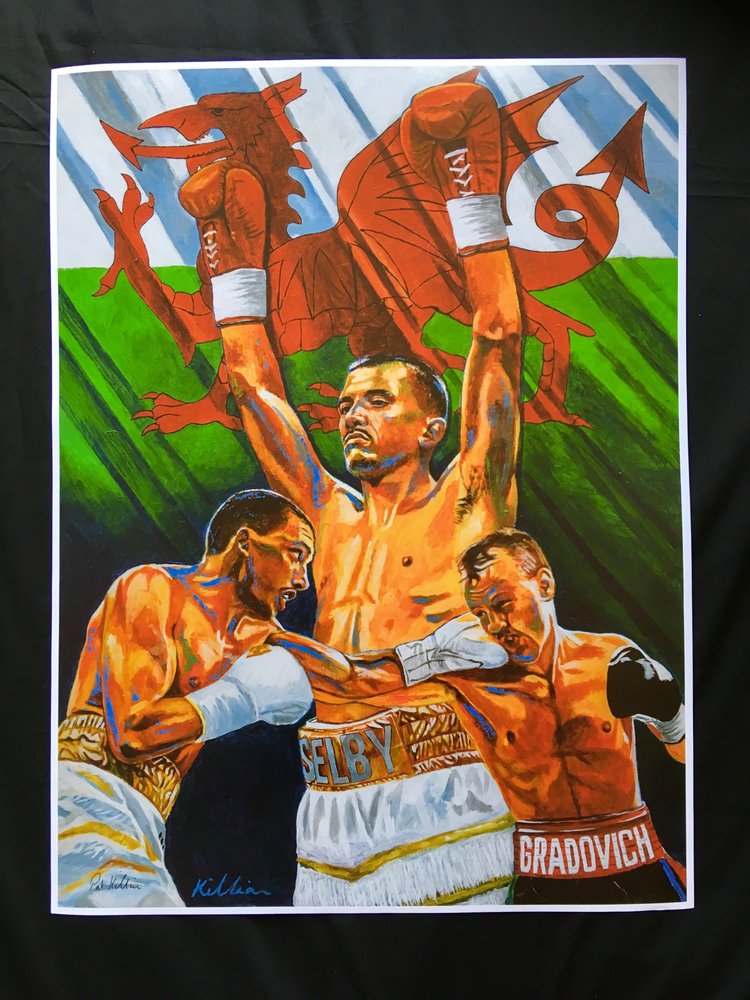 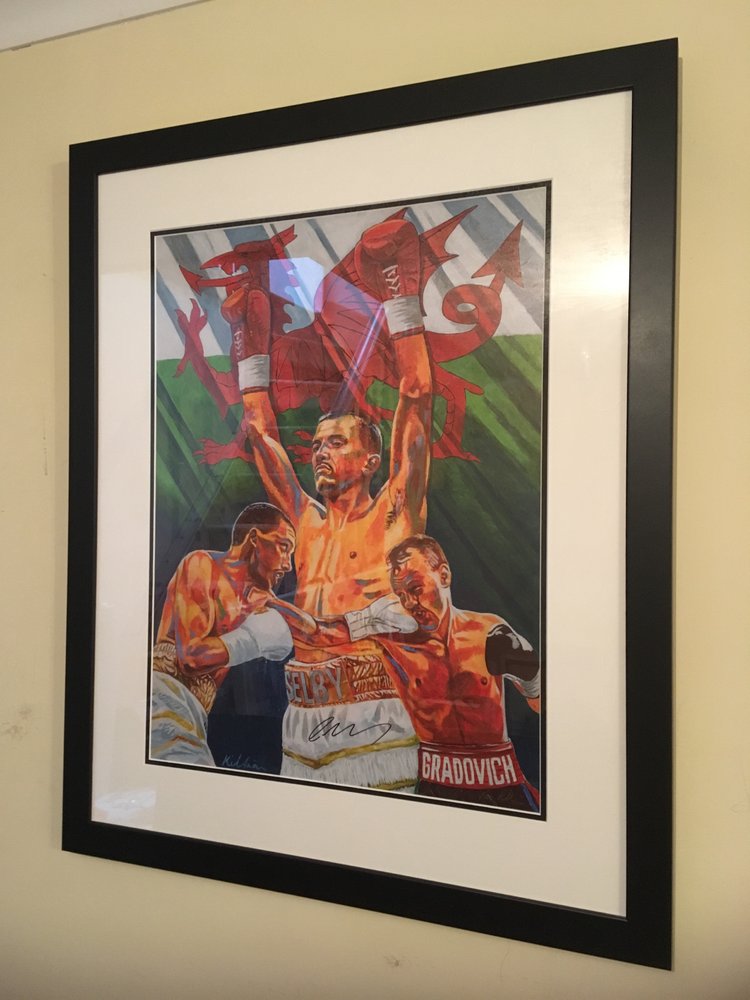 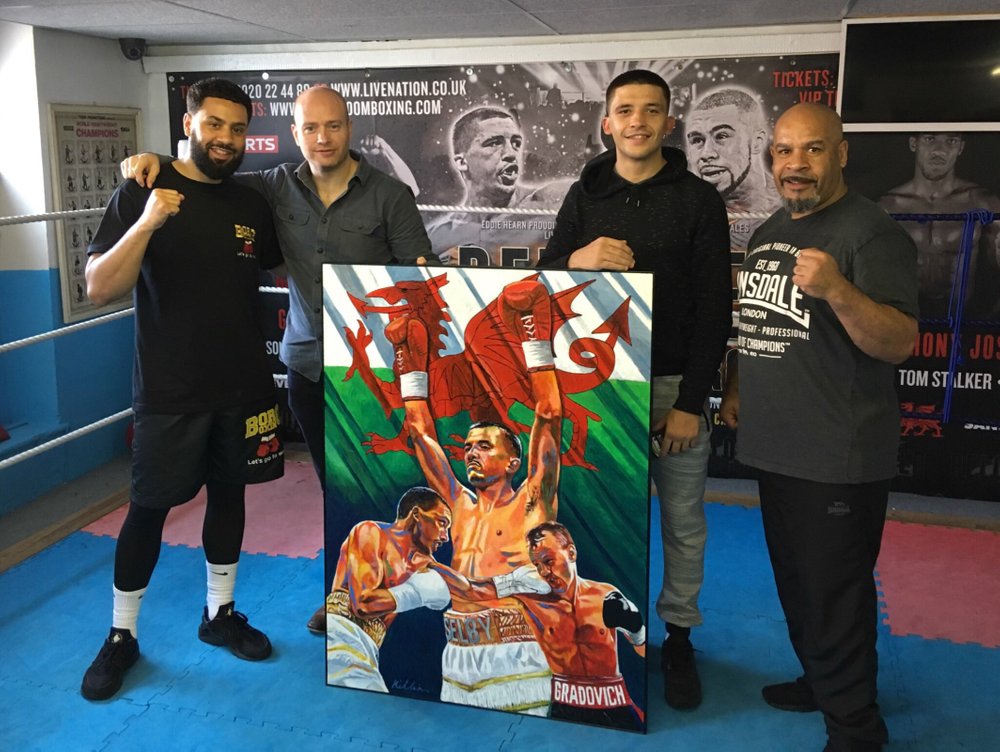