Graham Price won 41 caps for Wales, and a record 12 for the British and Irish Lions as a prop forward. He made his debut for Wales in the 1975 Five Nations Championship against France in Paris famously hacking forward to score as Wales won 25-10.

Charlie Faulkner went on to win 19 Welsh caps between 1975-79. He was a Judo Black Belt and a steelworker by trade – both factors conjoining to make him a formidable scrummager who was mobile in the loose and able to score tries at every level.

Immortalised in song by Max Boyce as the ‘Viet Gwent’ with their famous motto “We may go down; we may go up; but we never go back“! 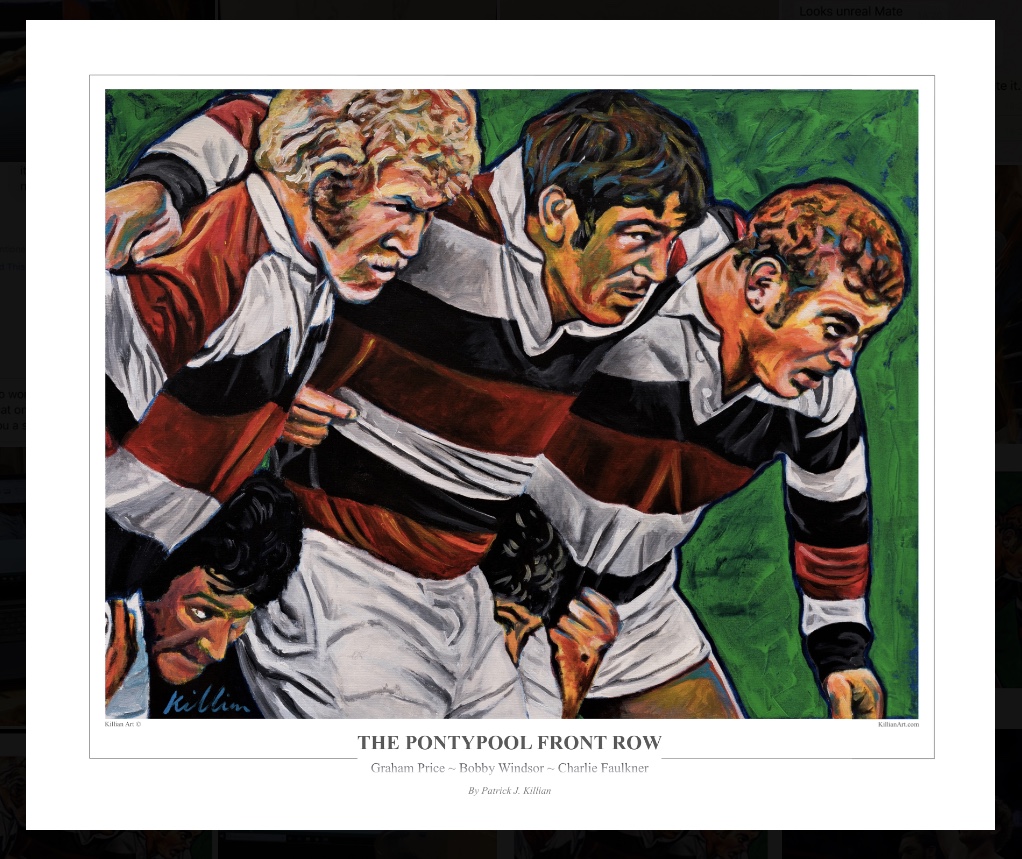