Lomachenko v Linares was an amazing fight.  The Original Art was exhibited in New York signed by both fighters.

POA  ~ Please contact for information on the Original Signed Painting

On January 30, Arum told ESPN that negotiations had begun in December 2017 for a fight between Lomachenko and WBA, The Ring Magazine lightweight champion Jorge Linares (44-3, 27 KOs) after speaking to Teiken Promotions, Linares' lead promoter, with the fight to take place on either April 28 or May 12, 2018. The fight would main event an ESPN card.  Arum was pushing for the fight to take place at Madison Square Garden on May 12, 2018. The reason behind the date was explained by Arum, "May 12th is an extraordinarily important date for ESPN programming. It's right in the middle of the basketball playoffs." Carl Moretti called Eric Gomez of Golden Boy informing them of the date. Gomez stated they were happy with the fight, however the date of May 12 was not a good date for them, as they already had plans for that date. HBO would likely air the pay-per-view replay of Gennady Golovkin vs. Canelo Álvarez rematch, along with a live bout.  On February 17, Gomez stated the fight was not called off and Arum would need to be more flexible with the date as Golden Boy accepted Arum's terms that the fight would take place in New York.  On March 13, Los Angeles Times confirmed that terms had been agreed between both sides. The agreement was reached after ESPN agreed to televise the fight at 8 p.m. ET/5 p.m. PT, so it would broadcast before HBO's telecast on the same day. Madison Square Garden in New York City was confirmed as the venue.  On March 21, the fight was officially announced.  WBO president Francisco Valcarcel told Lomachenko, regardless of result, he would have 10 days to decide on whether he would return to super featherweight and defend his WBO or vacate.  Both boxers weighed in 134.6 pounds.

In front of 10,429 in attendance, Lomachenko survived a knockdown in round 6 to win via TKO in round 10 after a perfectly placed liver shot to claim the WBA (Super) and The Ring lightweight titles. In doing so he became the fastest fighter ever to win titles in 3 different weight classes (only 12 professional fights) shattering the previous record of 20 fights, which was held by Jeff Fenech. Lomachenko wore Linares down with his fast shots through the first 9 rounds, before finishing the fight in round 10. Linares slowly beat the count but looked too hurt to continue. Referee Ricky Gonzalez stopped the fight at 2 minutes, 8 seconds of round 10. The loss snapped Linares' 13-fight win streak.  At the time of stoppage, two judges had each fighter ahead 86-84 on their respective scorecards and the third judge Julie Lederman had it 85-85 even.[98] After the fight, Lomachenko said, "It was a great fight. That right hand [that knocked me down], it was a great punch. It happens. I prepared for the last few rounds, and my father [and trainer Anatoly Lomachenko] told me, 'You need to go to the body.' Linares is a great champion, and the fight was good for the fans and everybody." Speaking of the knockout punch, Linares said it was 'perfectly landed.' De La Hoya also congratulated Arum on the fight and told Arum it was good experience working together. According to CompuBox Stats, Linares landed 207 of 739 punches thrown (28%), this included 139 power punches landed and a total amount of 77 body shots landed. Lomachenko landed 213 of 627 punches thrown (34%), with 112 jabs.  For the fight, Linares was paid a career high $1 million, with Lomachenko receiving a $1.2 million purse.  The card averaged 1,024,00 viewers. The fight itself averaged 1,439,000 viewers and peaked at 1,749,000 viewers, making it the most-watched boxing fight on cable television in 2018. On May 23, Lomachenko officially vacated his WBO super featherweight title. 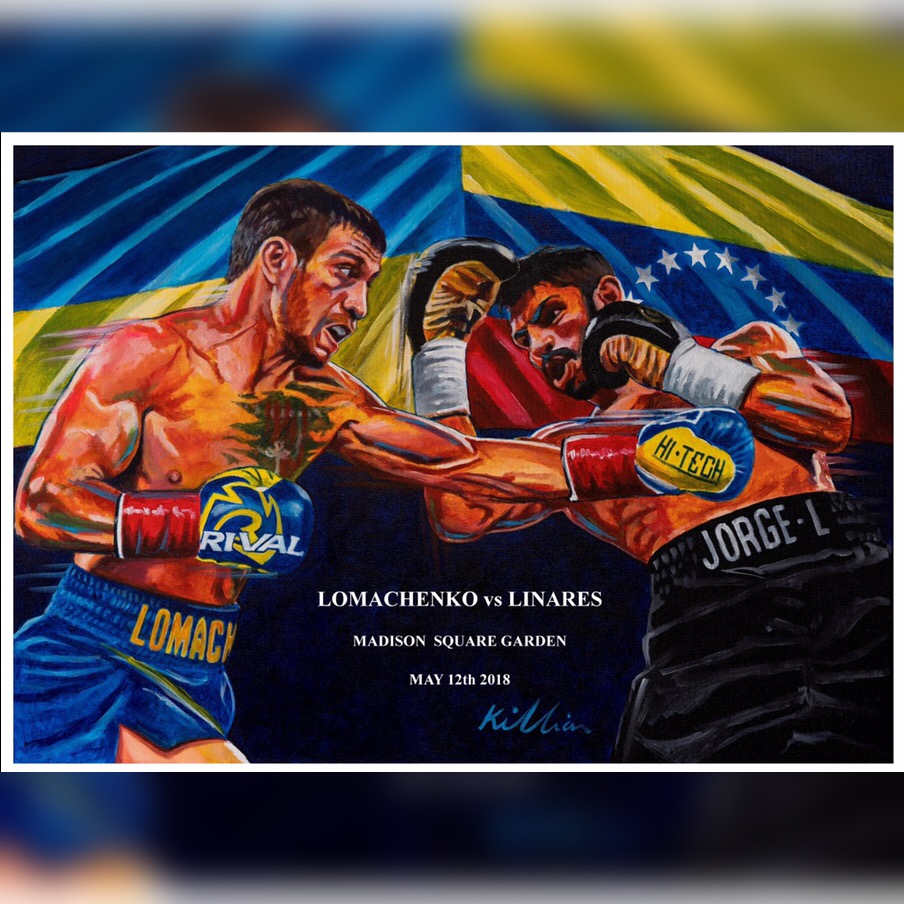