Produced for Gary Players Invitational Golf Event in 2011 with the winning bidder getting the Unique opportunity to feature in the Painting as his caddie.  The painting was signed by Gary Player and raised £2500

A UNIQUE OPPORTUNITY TO FEATURE IN AN ORIGINAL PAINTING WITH LEGENDS

Amongst Legends paintings started at 'An evening with Jason Leonard' in November 2008 - Under The Posts Event Company.

In a discussion with Tony Andrews of Under The Posts in 2008, we wanted to do something a bit different.  After Tony said, "let's make the winning bidder the hooker" I fell in love with the idea and couldn't believe I hadn't done it before,  after this discussion it got me thinking ......Amongst Legends was born and have since produced over 40 paintings for various charities and sports events.

Raising many thousands for various charities and sporting testimonials

Most notable Amongst Legend Paintings

A painting which captured Ali vs Tyson with the referee becoming the winning bidder.  The painting was signed by Tyson at an event in Leeds then by Ali at the Celebrity Fight Night charity event

If you would like to discuss Killian painting live at your event, send an email to patrick@killianart.com 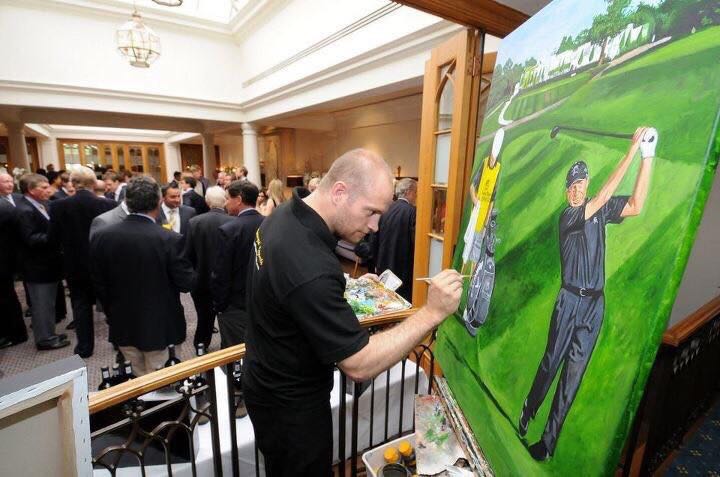 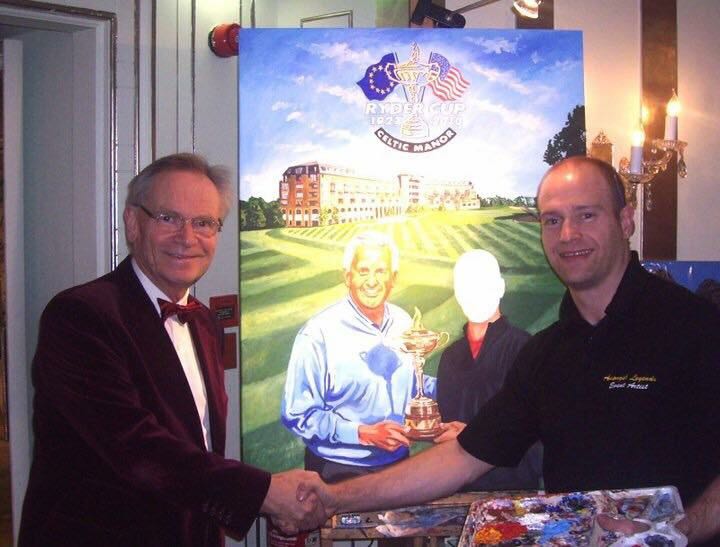